On Art That Isn’t There 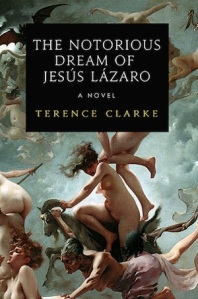 Critics, ever in the back seat, have yet written marvelously about the graphic arts. When I first read E. H. Gombrich’s The Story of Art, I thought that being an art historian would be something to which I could aspire. The book is still a must for anyone who knows little about the history of Western art and wants to know a lot more. At the time, I knew almost nothing about that history, having survived university without ever taking the time to go to the school’s art museum.

The trouble was that, by the time I did read Gombrich, I was in my mid-20s and married to an artist who had insisted that I read his book, maybe to make myself less embarrassing at art openings. I had also written a couple of unpublished novels. Those agonizingly arrived-at works nonetheless had convinced me that, really, I would be happier making my own art. The only disappointment was that my art would be made of the ever un-beautiful, gracelessly utilitarian typewriter script with which I had to work. The tools—and the talent—that resulted in Velásquez’s portrait of Juan de Pareja were not to be mine.

I was able eventually to read sufficient criticism and history—John Ruskin, Robert Hughes, Kenneth Clark and others—to have serviceable enough knowledge to write about art. But it required my own imaginative powers to express how I truly felt about what I was viewing. I simply did not have the technical chops to explain how a painting works, either in terms of its shapes or the materials and tools used to make it. In the time-honored phrase, I knew what I liked.

The Mexicans interested me tremendously. For one, they weren’t Europeans, a single fact that goes a long way to explaining why they are so special. The unique mixture in Mexico of the vernal, myth-fueled sensitivities of the indigenous peoples and the crazy otherworldly enthusiasms of the Spanish conquistador artists made for something entirely unique. When I saw the great Rivera murals in the National Palace in Mexico City and the heart-chilling Orozco depictions of The Conquest at the then-orphanage in Guadalajara, I realized a more earth-bound pagan-animist consciousness than what I had read about in so much of western European, heaven-touring art. Diego Rivera’s earth-mothers and colossal Indian cityscapes and Jose Clemente Orozco’s flame-wrapped, man-angel swirling into the Guadalajara universe struck my heart.

I recently completed a novel in which I created a fictional Mexican artist whose work has the same combination of fruitful grit and celestial transformation of these and so many other Mexican artists. He comes to San Francisco, California and determines to paint murals across the entirety of the outside of the Cathedral of Saint Mary in that city (which actually exists, at the corner of Gough and Geary Streets). The local archbishop thinks the artist and his ideas crackpot, and therein lies the tale. Jesús Lázaro is the artist, and The Notorious Dream of Jesús Lázaro is the book I’ve written about him.

When I started it, I knew that I would have to describe Jesús’s fictional art. What I had always thought necessary in writing about actual art became, precisely, the task at hand. But while the Mona Lisa has qualities that are abundantly evident, in my case the paintings I describe do not exist at all. So my writing took on all the responsibility of providing for the reader’s emotional response. The reader of my book can only imagine the painting, and I have to give him/her the words that bring that imagining to flower.

That’s difficult enough when you’re presenting some sort of social scene, which is the basic stuff of almost all fiction. But describing an entire individual piece of art that is so ephemeral as to not be there at all is a different task. Luckily for me, it was a lot of fun, which lightened the burden considerably. But nonetheless, I would love to see Jesús Lázaro’s paintings, wherever they may be, to see if I got them right.

(The Notorious Dream of Jesús Lázaro was published in May 2015. This piece originally appeared in Huffington Post.)