The Gods of Tango. A novel by Carolina De Robertis 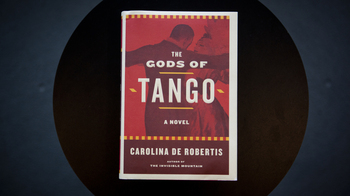 During the last 25 years, Argentine tango has gone through a worldwide renaissance of interest. You can now dance tango in almost every major city on all continents. When you dance, the accompanying music comes from a very long tradition of respect for the past that is nonetheless enriched by constant innovation. A few tango musicians — Carlos Gardel and Astor Piazzolla, most notably — have passed into the pantheon of world renown, as have a few of the dancers, like Juan Carlos Copes, María Nieves and Carlos Gavito. 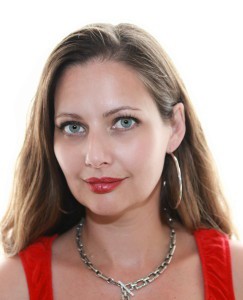 Carolina De Robertis is a novelist living in the United States and writing primarily in English. She is of Uruguayan roots, however, and has written provocatively and deeply about characters whose entire consciousness derives from the land, the traditions and the politics of Uruguay and Argentina. Her novel Perla is for me one of the most perceptive — and startling — accounts of the results of the terrible military governments that destroyed so many lives in Argentina during the 1970s and 80s.

De Robertis’s new novel is The Gods of Tango, published by Knopf. In 1913, 17-year-old Leda arrives by ship in Buenos Aires, from Italy, ostensibly to be greeted by her new husband Dante. Once on shore, she learns that Dante has recently been killed in a street battle between syndicalists and the police. With only the clothes on her back and a single trunk containing her things, a little money, and the violin that her cherished father gave her after having been given it by his father, Leda moves into a conventillo, named La Rete, in the poor wharf-side neighborhood of La Boca. Conventillos basically were tenements, some set up by the Argentine government, others privately run, to house the many thousands of immigrants pouring into Buenos Aires during the first years of the twentieth century. The conditions were uniformly terrible, with many people crowded into warrens of single rooms. The conventillo would often have a central patio with a source of water for cooking and washing, which would be the gathering place for the tenants. These sprawling edifices housed people from all over the world, and must have been a polyglot confusion of languages, cultures, manners of dress and, most principally for Leda’s purposes, music.

She hears her first tango in La Rete, and is immediately smitten by it. She has never even imagined such rhythmic intensity before, or such soulful intent and passion, in any of the music she has ever heard. She can play her father’s violin (although at first her efforts are insubstantial), and she determines to master the tango.

There is, however, a problem.

Tango in 1913 Buenos Aires was the domain of men, and men alone. The only women involved were those who worked in the many boliche cafes and bordellos of Buenos Aires, and the duties of those women had little to do with music. The very idea of a woman playing tango was ridiculous to the men. Women were incapable of doing so, it was thought. There was no place for them on the street corner or in the café. The first requirement for any tango musician was that he be a man.

Leda comes to understand this quickly. Despite her very conservative Catholic upbringing in Italy, her complete isolation in Buenos Aires, her worries about what her family would say and the considerable physical danger that could lay waiting for her, she decides upon a change. Wrapping her breasts to diminish their presence, getting her hair cut in the style of a man, and dressing in her deceased husband’s clothes, Leda leaves the conventillo and takes to the Buenos Aires streets, now calling herself Dante, after her husband. She does so with violin in hand.

Leda remains so disguised for the rest of the novel, and she becomes remarkably well known as a musician. Working at first in the poorest of little boliches, she hones her talent until she becomes one of the best tango violinists on the Buenos Aires scene. But she does so as a man, and the disguise — and what it teaches her about the privileges that men enjoy that are forbidden to women — becomes the very vehicle for her rise to tango eminence.

Women are fascinated by this strange fellow Dante, and during her first years as a man, Dante becomes involved with a few of them. Suddenly, a new kind of heart is opened in her, and she finds avenues to affection with those women that surely, she thinks, must be sinful. But she cannot draw away from such affection because it also leads Dante to deep, compelling love. The way De Robertis presents the confusions that arise, for Dante and for her lovers, is one of the great innovations of this novel. De Robertis writes with considerable passion and beauty about the kinds of love that Dante finds and, of course, the kinds of sex that she finds. This novel contains some of the loveliest and most riveting writing about sensuality that I’ve ever encountered.

Dante’s efforts to keep her secret are threatened numerous times through the book, and her close calls with possible discovery are all memorable.

For anyone who cares about tango, this novel is a fine addition to the history of that soulful music in its Rio de La Plata birthplace. It is also a sensuous, thoughtful and beautifully rendered look at the complications that can arise — and the solutions that can be found — when a woman is told that she cannot do something upon which her heart insists.

Terence Clarke’s new novel The Notorious Dream of Jesús Lázaro was published on May 1. This piece first appeared in Huffington Post.

The tanguera Ada Falcón made her stage debut in 1910 at the age of five. Known then as La joyita argentina (The Little Argentine Jewel) she was an immediate hit as a singer during interludes between acts in Buenos Aires stage productions. At the age of thirteen, Ada made her first film and became an immediate star.

Her voice was mezzo-soprano, and so has a profundity not shared by the more usual women sopranos. When she sings a sad tango, there is nonetheless a kind of playfulness in her voice that seems to make fun of the possibilities for betrayal and desperation that fill so many tango lyrics. When she is singing of the disappointment life can bring…when she’s seen how the love she’s given away has then been thrown away…now that she’s given up what she had in such abundance as a child: innocence, trust, laughter…now that the only thing she has left from that time is the memory of the madreselva, the honeysuckle that grew up a wall, to the flowers of which she confided her closest secrets…when there’s nothing left at all, Ada still sings with a smile in her voice, fresh and genuine, and with a suggestion of jaded desire for the person to whom she is singing.

She is a Judy Garland-like figure. Evidently she did not attend school. Rather she had personal teachers who worked with her when she was not making movies or singing or making records. She was also quite remarkably beautiful, notably so. By the time she was in her twenties, she was driving around Buenos Aires in a fast, red luxury convertible, she owned a fabulous three-story home in the Recoleta neighborhood, and she was appearing in public wrapped in fur and glittering with jewels. In the early thirties, she made approximately fifteen recordings a month. She was a superstar, and when you listen to her recordings you understand why. There are few singers in any genre who approach their songs with as much casual authority, yet fine artistic judgment, as Ada Falcón.

She was not as successful in matters of love.

She fell for Francisco Canaro, who was himself one of the most successful tango orchestra leaders of the twenties and thirties. This man’s music is extremely popular to this day. Many of Falcón’s greatest recordings were made with Canaro, and I have listened to most of them, wondering how much of the passion that is so evident in her voice came about because Canaro himself was standing near her as she sang, behind her, watching her and marveling at the feeling with which she gave him back the songs that he had given her.

For an example, listen to Tengo Miedo, in which Falcón sings, “Tu cariño me enloquece,/tu pasión me da la vida./Sinembargo tengo miedo./Tengo miedo de quererte.” (“Your affection drives me wild,/your passion gives me life./Nonetheless I’m afraid./I’m afraid to love you.”)

In 1943, at the age of thirty-eight, at the peak of her career, Falcón abandoned it. Her retirement was sudden, completely unexpected and extremely strange. She began to appear on the streets of Buenos Aires in disguise, it seemed, her head swathed in scarves, shawls hanging about her shoulders, her considerably lovely eyes hidden behind slab-like sunglasses. She stopped recording. There were reports in the newspapers about strange nighttime peregrinations, about her odd dress, her raving. What was more unexpected was that she abruptly left Buenos Aires one day in the company of her mother, traveled to Cordoba, Argentina and there entered the Molinari Convent of Franciscan nuns.

There is a great deal of speculation about her decision to leave show business, the life she had known almost since birth, and to enter the contemplative life under vows of poverty, chastity and obedience. Most center upon her love for Canaro. Because Canaro had a wife.

Evidently Falcón had been very guilt-ridden about her affair with a married man, yet overwhelmed by the love she felt for him. She had pleaded with Canaro to divorce his wife so that she could marry him. Canaro had agreed, but did not actually go through with the divorce action. He kept Falcón on one arm and his wife on the other, for years. There were family reasons, Canaro said. The Church, you see. We just have to wait for a while to keep it respectable. Careers. Obligations. Falcón waited, until the day on which Canaro admitted to her that he would never leave his wife under any circumstances.

Falcón, the theory says, went mad. She went to the streets, wandered the streets, swathed in craziness. Shortly thereafter, her mother took her away and she entered the convent.

Terence Clarke’s seventh work of fiction, the novel The Notorious Dream of Jesús Lázaro was published this spring.