Timothy Ferris’ The Science of Liberty

Liberal democracies did not simply spring from a void. According to Timothy Ferris in his compendious and very informative book The Science of Liberty: Democracy, Reason and the Laws of Nature, democracies came along as the natural result of the scientific inquiry that so informed The Enlightenment and later eye-opening intellectual movements. 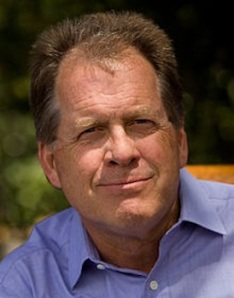 Over the past few centuries, two transformations — one scientific, the other democratic — have altered the thinking and the wellbeing of the human species. The scientific revolution is still gathering momentum, but has already revealed more about the universe than had been learned in all prior history… The democratic revolution has spread freedom and equal rights to nearly half the world’s inhabitants, making democracy the preference of informed peoples everywhere.

Early in the book, Ferris draws the distinction between deductive and inductive reasoning. Deduction, he writes, “reasons from first principles and [rejects] any precept about which [one] could conjure any doubt.” Induction is “an approach that starts with observation and adduces hypotheses from them.” So, in the first system of thought, one can believe that God is great and that all observable phenomena in the universe derive from that August Figure’s consciousness.

In the second system, a scientist looks at a hitherto unobserved form of light, shares his observations with other scientists and the resulting lively debate results in something like the Big Bang theory or quantum mechanics. Ferris points out how “this is the opposite of starting with a deeply held faith and accumulating evidence to support it,” (i.e. deductive reasoning). “Scientists have a story of discovery to tell,” (i.e. inductive reasoning) “…dogmatists, a story of obedience to authority.”

The Science of Liberty is a primer on the history of science and liberal democracies since The Enlightenment. Ferris includes many short biographies of individuals who either were scientists, or who supported scientific inquiry on the part of others. So we get revealing brief lives of such as Galileo, Thomas Jefferson, Francis Bacon, Thomas Edison, David Hume, Queen Elizabeth I of England, Winston Churchill, Nikola Tesla, Thomas Paine and many, many others.

To support his arguments for scientific inquiry as the natural birthplace of liberal democracies (and vice versa), Ferris also gives us detailed views of a couple of dictatorial governments and their “scientific” efforts. To read the chapter titled “Totalitarian Antiscience” is to receive a fundamental lesson in the dangerous stupidity of such leaders as Adolph Hitler, Joseph Stalin and Mao Zedong. We learn of the totalitarian, ideologically-driven practices of science among such stellar and murderous non-entities as the Germans Robert Ritter, “whose data were employed by the SS to dispatch Gypsies to Auschwitz,” and Ernst Wenzler, “who coordinated a pediatric euthanasia program that killed thousands of children”.

The Soviet Union gave us Trofim Denisovich Lysenko, who fathered the collectivist agriculture polices that resulted in many millions of deaths across Stalin’s intellectually suffocated territories. Mao Zedong’s politically prescribed and nutty scientific certitudes caused The Great Leap Forward, and even worse famines and numberless deaths.

It’s no surprise that leaders like these so hate spirited scientific debate and liberal argument. Those practices dispute the crackbrain truisms and outright falsehoods that they use to keep them in power.

One of my favorite chapters in the The Science of Liberty — sadly for me — is titled “Academic Antiscience.”

Once the liberal democracies had prevailed against fascism and communism — vanquishing, with the considerable help of their scientific and technological prowess, the two most dangerously illiberal forces to have arisen in modern times — you might think that academics would have investigated the relationship between science and liberalism. But instead, academic discourse took a radical turn from which it has not yet fully recovered.

Ferris goes on to describe how “radical academics began challenging science itself, claiming that it was just ‘one among many truth games,’ and could not obtain objective knowledge because there was no objective reality.” Ferris gives a history of the development of such thought, mentioning scholars like Martin Heidegger, Jacques Derrida and Paul de Man. The “deconstruction” movement in literary criticism comes in for special attention from Ferris.

I myself gave up on Derrida and the others long ago because they seem simply unable to write clearly. Their language is gibberish obfuscation. It is glutted with so much jarring, barely readable clumsiness that it seems to me an effort at some sort of un-understandable oracular self-importance intended to keep the poor reader out, rather than to bring him or her in. Very often I wonder if Professor So-and-So has ever read the Shakespeare play about which he is writing, since the professor’s language is so torturously illegible in its logic and irredeemably boring in its flow. Shakespeare, a great comic writer and a master of irony, would be doubling over in laughter at the striving foolishness of such writing.

I scuttled an academic career in English Literature years ago because of the language that it seemed to me I would have to learn in order to be taken seriously by my academic colleagues. Timothy Ferris has dispelled any second thoughts I may have had about it with his revelation that “Derrida got the term ‘deconstruction’ from Heidegger (who got it from a Nazi journal edited by Herman Göring’s cousin).”

It was an awakening for me to learn just how influentially damaging this movement has been, both to the pursuit of science in universities, as well as the study of the arts in those institutions. For me, much of literary criticism these days is academic anti-language, and Ferris’s spirited attack on its use in scientific as well as literary studies is refreshing, to say the least.

Researched in amazing detail, and vividly well written, The Science of Liberty is a book that anyone interested in science, history, modern politics and the future of creativity should read.