Home » Uncategorized » Where the Peacocks Sing, by Alison Singh Gee

Where the Peacocks Sing, by Alison Singh Gee

Raised in a Los Angeles suburb by her housewife mom (the daughter of a Sacramento poultry farmer of Chinese descent) and her very mercurial dad (a member of a successful Los Angeles Chinatown import-export business family), she has been a columnist and features writer for the South China Morning Post in Hong Kong. Alison has a very fast-paced, glamorous life. Parties, fashion-designer clothing, drinks at The Peninsula Hotel and internationalist sophistication are her daily fare, and from the outside, it looks to everyone that Alison Gee definitely has it made. 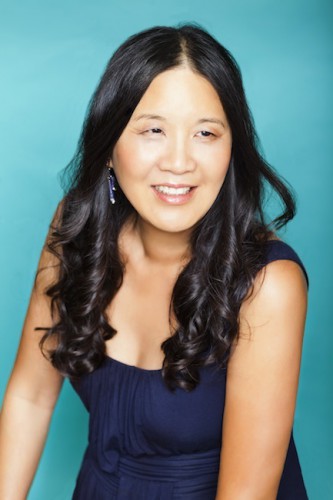 But as she writes in her fine new book Where The Peacocks Sing: A Palace, A Prince and The Search for Home, “On the rare occasion when I sat still for longer than a minute, my heart would tell me something was truly not right. Something was missing from my all too spectacular life. Something profound. Something I could not figure out.”

She goes to work for Time Inc.’s Asiaweek, and the nature of her writing deepens. She is assigned to stories about the imminent flooding of the Three Gorges in China, strange and exorbitantly expensive beauty rituals in Japan, and the rampant kidnapping of upper-class housewives in The Philippines, among others. While at Asiaweek, Alison wins an Amnesty International Magazine Feature Writing Award for a cover story she does on child prostitution in Southeast Asia. “I knew my life was moving along a new path.”

One bright feature of that path comes to light on the day that she meets a New Delhi-based Asiaweek reporter, an expert in Indian politics and culture, named Ajay Singh. Six feet tall, described by Alison as “film-star handsome… with chai-colored skin, almond shaped brown eyes and impeccable manners,” Ajay causes her head to turn. “I remember trying to put on graceful airs — ‘Be swanlike!’ my head commanded.”

Eventually they become engaged, and one day, while visiting Alison’s family in Los Angeles, Ajay tells her about the palace. Built at the turn of the 20th century, it was the favorite haunt of his childhood years. “‘We have mango groves, a family temple, fields where the villagers grow sugarcane, wheat and papaya. There are wild peacocks by the dozen and orchards full of other birds too. I still know all their whistles by heart.'”

Once they are married, Ajay and Alison travel to Mokimpur (the name of the palace) to visit his family, and the bulk of Alison’s book tells of this adventurous and very heartfelt journey.

While Alison may have had something like a rajah’s palace in mind, the real thing proves to be less so. The building is ramshackle and very run down, stained by years of rain and mold, its old furniture rickety, everything clearly suffering from a lack of funds. Alison, however, attempts to make the best of it, because the other residents of the house, after all, are Ajay’s parents and other family members. She writes very well about the different personalities in her husband’s family, and how they are not initially as pleased with Alison herself as she would hope they would be.

In one hilarious sequence, she describes her attempt to cook an American Christmas feast for the family, even though she admits to herself and to the reader that she is a virtual stranger to any kitchen. Since no turkey can be found in the local market, Alison buys a duck. This despite the fact, as Alison admits, that as a chef she’s lost. “Who am I fooling? I don’t know how to cook a duck.”

The preparation for the meal includes the setting afire of a kitchen towel, the potential loss of cooked yams in a knocked over bowl, and other disastrous screw-ups, including the fact that the duck comes out completely underdone. “I caught sight of a photo of Gandhi in the living room. ‘I shall detach myself,’ I murmured.”

With all these missteps and difficulties, it nonetheless becomes clear that everyone involved wants this visit to succeed. Alison loves Ajay and his family, and it is clear that, despite some initial reservations, they come to love her as well. 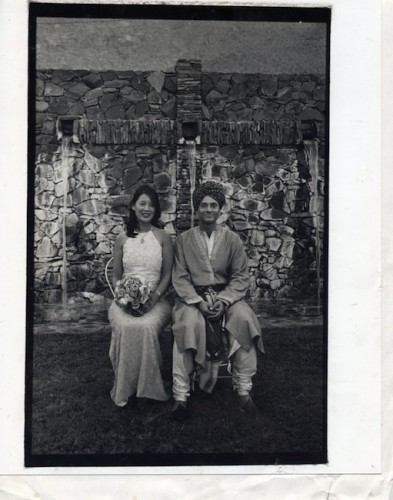 One of the joys of this book lies in Ajay’s very patient advice to Alison when she has encountered a difference between her expectations as a Chinese-American and the realties of Indian experience and culture.

Upon their arrival at Mokimpur, for example, Alison hears faint laughter and voices emanating from the walls of the building. She asks Ajay whether there are ghosts here, and he offers the following: “‘If you’re hearing voices, well, I have heard them, too. Everyone in my family has. It wouldn’t surprise me if a few souls decided to stay on.'” His reply is filled with loving regard. But it doesn’t end there, and Alison and the reader learn something from him of real emotional substance. “‘We don’t think about ghosts as those stereotypical spooks in white sheets… We believe that we co-exist with many, many spirits… The body withers away, but the essence of the person remains, watching over us.'”

Many such exchanges take place in this wonderful book. All are charming and above all filled with sometimes difficult but always truthful teachings. I admire Alison’s forthright descriptions of her frequent confusion in Mokimpur, and her ability to open her heart to what Ajay and his family do to resolve that confusion.

This is a travel book with a center of kindness, good humor and excellent writing that exhibits, as Alison writes, “the preternatural glow over the Indian night sky.”

Terence Clarke’s new novel The Notorious Dream of Jesús Lázaro will be published early next year. This piece first appeared in Huffington Post.

By Terence Clarke in Uncategorized on November 5, 2014.
← A Year in Champagne Gabo Returns! →