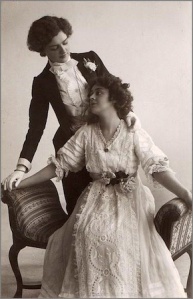 I had a conversation last year in Finnegan’s of Dalkey–a phenomenal Dublin pub where novelist Maeve Binchy used to drink, and Bono now does drink–with an Irish attorney acquaintance. He had read my book of stories Little Bridget and The Flames of Hell, all of which deal in some way with the Irish in contemporary San Francisco, where I live.

San Francisco’s Irish community was, and still is, a major element in the culture of the city. As in so many other U.S. cities, the Irish came here in droves in the 19th century. But the diaspora has come upon us once again in the few years since the Celtic Tiger stumbled so badly. A victim of the same muscle-flexing hubris and financial thoughtlessness that almost brought the United States to its knees in 2008, Ireland is only just now beginning to recover. In the intervening seven years, there has been a noticeable increase of young Irish living and working in San Francisco, people in their early to mid-twenties.

My attorney friend enjoyed the stories I had written. He was surprised by the accuracy of my dialog when spoken by an Irish character, given that I had indeed never lived in Ireland. I explained that my knowledge of those conversational idiosyncrasies came from two sources: the kitchens of my mother and her mother (where I had spent so much time as a child listening to them talking and laughing, with their female relatives, at almost everything being said) and the University of California at Berkeley.

The women in those kitchens spoke in ways that seemed simply American to me, always with mid-west Chicago accents. I thought that the way my mother and grandmother told stories was how stories got told in every kitchen in the United States. What I did not realize was that, although their accents were in no way Irish, the idiomatic expressions those women often used were unique to the Irish. That revelation came to me when, as a student at Berkeley, I began reading Brendan Behan, Edna O’Brien, James Joyce, Frank O’Connor and all the others. Those writers worked in a kind of English dialect that I recognized from my mother. The turns of phrase, the wandering humor and laugh-inducing self-deprecation that had come into my own manner of speaking had originally come, I realized, from Dublin and its surround, from Cork City and Galway, where my great grandparents had lived.

But my attorney friend found fault with some of the stories I told in my book. “You’re writing about Irish sentiments from the 1950s or 60s, Terry. But not now.” He shook his head, his eyes softly observing the Finnegan’s pint before him. “No, not now, boy-o.”

Because of the duplicitous malfeasance of so many priests in Ireland–those most particularly who sexually attack children, and those who protect the attackers–the Catholic Church has lost its footing in that country. What was, until very recently, the single most repressed Catholic society in western Europe is now thoroughly revising its opinion of the Church. The most recent, and most stunning, example of that revisionism is the vote last month in the Republic of Ireland to legalize same-sex marriage. It is the first country whose entire populace has been asked to vote on the notion, and sixty-two percent of them said “yes”.

Ireland, of all places!

When I was writing my book ten years ago, I would no more have predicted such a vote than I would have claimed to be an English aristocrat. So my attorney acquaintance was right. Ireland is not the Ireland we once knew. But I was writing about a community of people who had arrived in San Francisco in the mid-twentieth century, and I now realize that that was an eon ago. The stories are terrific, believe me, but the Irish in Ireland have changed profoundly.

I am more or less devotedly heterosexual. But this same-sex marriage is a grand thing, and God save the Irish for having voted it in.

Terence Clarke’s new novel The Notorious Dream of Jesús Lázaro was published on May 1.