Home » Uncategorized » On Tango: Adriana Varela: From Rock to Tango

On Tango: Adriana Varela: From Rock to Tango 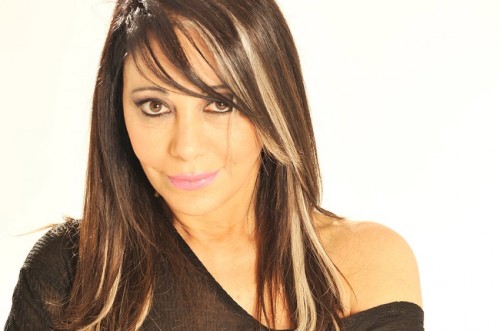 Adriana Varela may not be for everyone. Her voice is not pretty. It seldom floats and will not ease you into dreamland. But I became a fan of her voice the moment I first heard it. I feel that, if you want to hear how Buenos Aires can sound when portrayed in song, you should go to Adriana Varela and listen closely.

Varela has been a best-selling recording artist of tango since the early 1990s. Starting out as a rock singer, she paid little attention to the still accepted notion, of traditional tangos of the 1930s through 50s being those most worth listening to. So…large string and bandoneón sections playing lyrical, even romantic, versions of tangos. Chestnuts, every one, pretty as can be. But we dance to them over and over ad nauseum at the milongas, no matter where the particular milonga may be held…in Buenos Aires, San Francisco, London, Istanbul, or wherever.

Varela’s voice, however, is pure porteño, which is to say, Buenos Aires!…rough, direct, and filled with irony, often humorous, often angry. When you walk down almost any street in that city, you hear this voice and that language. It is recognizable to anyone who has enough Spanish to understand what is being said, and especially how it is being said. There is no other accent in the Spanish language quite like it.

Early in her singing career, Varela made the acquaintance of the great Roberto Goyeneche. By now internationally famous, his voice was anything but soft and pleasing. When you hear it, you know that this man, too, knows the streets of Buenos Aires’s massive urban landscape and the difficulties it can present.

The circumstances of their first meeting have become famous. Varela was singing in a Buenos Aires club one evening, and she spotted Goyeneche sitting at the bar. It was known that he did not care for female tango singers, and he spent her entire set silently nursing the whiskey before him, his back turned to the stage. At the end of her set, beset by nerves, Varela stepped down from the bandstand and approached the great man. When Goyeneche realized that the young woman was trying to get his attention, he turned to her and, without provocation, said, “Che piba, (Hey, girl) you’ve got it!” From then on, they were fast friends.

For an example of Varela’s work, watch her studio performance of Mano a mano (“Hand in Hand.”) It’s a tough-minded tango, one of Carlos Gardel’s greatest. The lyrics tell of the crazy love the speaker has for a very high-spirited young woman he knows, although one with questionable morals. She is sought after by the worst of the local two-bit gangsters…and she often gives into them. But the speaker loves her no matter what. As the singer puts it in the last verse:

Sadly, I can’t translate the lyrics to include the rhymes they contain, which are terrific. But here’s the essence of what they say:

“And tomorrow, when you’re broken down, an old piece of furniture,

and there is no hope in your poor heart,

remember this friend here who would risk his hide

to help you any way he can, whenever you need it.”