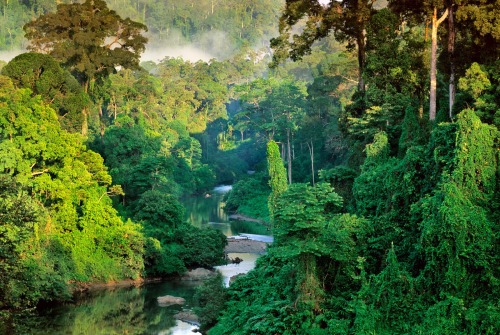 Fiction doesn’t come from nowhere. Every piece of fiction finds its beginning in the author’s direct personal experience, humble as it may be. The fiction that results is seldom just a fact-by-fact narration of the experience, although the experience does provide the basic starting point. It’s the storyteller’s verve that brings the final fiction to full flower. Dickens, Cervantes, Austen, Morrison…the works of all of them have such simple roots. Yours can come from a whiff of a rose’s petal or a dream vision of the beginning of the universe…and everything in between. But it has to start somewhere in your day-to-day.

I served in the Peace Corps in Sarawak, Malaysia, on the island of Borneo, from 1965 through 1967. I was twenty-two when I arrived. I had seldom set foot outside of Oakland, California (well, I did go to Berkeley for five years, a distant few miles from Oakland) and I left the United States with my father’s words ringing in my ears. “Terry, why are you doing this?” I was originally supposed to go to Côte d’Ivoire, mainly because I had studied French in university. But the Peace Corps notified me that they had enough volunteers in that nation for the moment, and would I consider Malaysia? I did not know where Malaysia was. I didn’t look it up. I simply said yes, and some months later I arrived in Kuching, Sarawak, a city on the island of Borneo.

Malaysia is in Southeast Asia, to the south of Vietnam. (I did know where Vietnam was, of course. What American didn’t, in those times?) Malaysia was a new nation, an agglomeration (at least for the while) of the Malay peninsula south of Thailand, the island city of Singapore at the tip of Malaya, and the territories of Sarawak and Sabah, which together take up about a quarter of the island of Borneo, three hundred miles to the east across the South China Sea. All former British colonies, they had recently been abandoned by their Limey overseers, cobbled together as a nation, and sent off on their own. 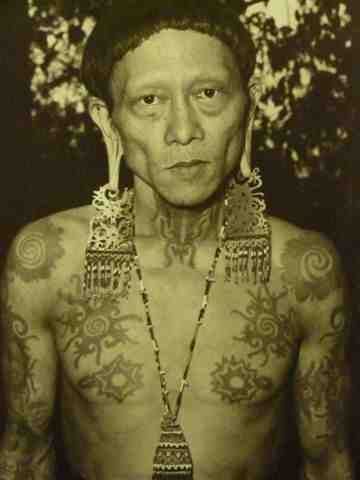 My job was to help set up an English-language primary school system in the upriver regions where Iban tribesmen lived. (The English-language use was the Malaysian government’s idea, and I’d be glad to tell you about it some other time.) A war was going on at the moment between Malaysia and Indonesia, along the north-to-south border that separates the two nations in Borneo. The Ibans were much affected by all this and had abandoned many of their jungle longhouse villages because of that war. The new Malaysian government had set up downriver refugee camps for these Ibans, and I lived in one for the year and a half that I was going up and down the Skrang River setting up schools.

Many of these camps were being run by British officials, leftovers from the recently abandoned colonies. I met one, a man named Craft, who was in charge of a government rubber plantation near the refugee camp in which I was stationed. We had met because a Scotsman who had been in Sarawak since the Second World War and was married to an Iban primary school teacher introduced us.

Craft, the Englishman, was a singularly offensive man who embodied all the clichés that we’ve seen in British movies that feature self-congratulatory Brits lording it over the natives. He wore the de rigueur tan British walking shorts, white shirt, tan long socks, and brown leather shoes. He spoke some brand of the King’s English that would fool you with its elegance, even as the ideas being expressed were self-important, silly, and frequently violent. Craft’s white skin was actually red, rather like a new brick, I thought. The cause was a combination of the years of strong sunlight in which he had worked and the strong whiskey that he seemed to imbibe all day long. You consulted with Craft, if you had to at all, before noon on a given day. After that hour, you could expect whining, racist complaint for the rest of the day, fueled by the alcohol.

McGregor, the Scot, was well known in Sarawak for his complete understanding of the Iban language and its culture as well as being a fine rubber man who knew his trade. He always had the respect of the Ibans whom he trained and who worked for him. He also had a very thick Edinburgh accent that made conversation between him and me almost always comic. We made fun of each other’s strange manner of talk. My Californianisms often brought him to glee. “How is it, laddie,” he once asked me, “that anything gets done in that bloody place when you talk so strange?” We occasionally had to give one another vocabulary lessons.

One Saturday, while I was visiting with Craft and his wife, who was also British and red-skinned and, I had learned, could not bear her husband, an Iban came to their house in a panic. One of the Iban workmen had slashed his right leg with a machete and was bleeding badly. Swearing, Craft went into the house to get the keys to his Land Rover. I knew that he spoke no Iban, which I did, and I asked if I could come along to help. I had invaded Craft’s territory, I guess. He told me drunkenly to mind my own fucking business, Yank, and then held up a moment, to tell me that all my innocence and sobriety was just a ruse out here in this goddamned swamp where you couldn’t trust a bloody Iban to even know how to swing a goddamned machete. “So what help could a fool American be?”. He climbed into his Land Rover and was gone.

So was I. That was the last conversation I ever had with Craft.

Many years later, when I was finally writing stories based on what I’d seen in Sarawak, I remembered him and a scene I had witnessed in his office between Craft and McGregor’s then seven-year-old son. The boy spoke an amalgam of Scots English and Iban, a lingo that I and McGregor enjoyed quite a bit, but that was insulting to Craft. He had once said to me in private that English was bloody English, and that Iban was gargle, and “that boy can’t seem to negotiate either one.”.

I wrote a story titled “The Wee Manok,” in which all these characters appear in fictional form. It is one of several in the first book of mine ever published, titled The Day Nothing Happened. It came out from Mercury House in San Francisco (sadly now defunct) in 1988, and was edited by the wonderful Alev Lytle Croutier, with whom I am still close friends.

The Day Nothing Happened will be published in a new edition next year.

“The Wee Manok” ends rather differently from how I just described my experience with Craft himself. That’s okay with me, though, since his form of self-serving cruelty is of little interest and would make for bad fiction. He’s far more interesting to me in the way that I re-invented him for “The Wee Manok”, because I gave him a conscience. That ability to change one set of expectations (i.e the basic facts) into quite another (i.e. the final written story) is one of the great pleasures of doing fiction.

“The Wee Manok “ is available in digital form on Amazon. (Note: you’ll need the Kindle app, which is available at no cost for all devices.)

By Terence Clarke in Fiction, Writing Fiction on September 2, 2020.
← Gosh, it’s cold out there! The Splendid City (North) vs. La Espléndida Ciudad (South) →