In 2006, my love Beatrice Bowles and I were in Buenos Aires to attend a week-long tango workshop with Gustavo Naveira and his wife Giselle Anne. It was mid-summer (i.e. Christmas-time in Buenos Aires, their seasons being precisely opposite to ours in the United States.) We had decided to participate in the workshop at the suggestion of Nora Olivera, who was also attending, with her husband Ed Neale.

The workshop was grueling and occasionally hilarious, depending on the moment and upon Bea and my abilities to keep up. I’ll write about it in a future column.

But there’s another story here. 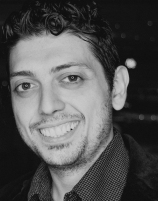 Nora had told us about Gustavo’s two kids, Ariadna and Federico, who at the time were in school. Their mother, Olga Besio, was herself a noted tango maestra (and still is.) The two children were already masters of a kind, teaching tango together to children in a small studio in the San Juan y Boedo neighborhood, named for its most important intersection. This part of Buenos Aires has a rich tango history. (For an example, listen to the opening lines of Sur, written by Anibal Troilo and Homero Manzi [both of celestial importance to the history of tango], and sung here by Roberto Goyeneche.  “Old San Juan y Boedo…/The memory of your girlfriend’s unruly locks/and your own name floating from her goodbye.”)

Nora had put us in touch with Olga, who invited us to join her at one of her children’s class sessions. This neighborhood is filled with classic big-city noise…tremendous traffic on both boulevards, street vendors, cafes, small stores of every sort and bustling foot traffic on all sides. It was a very warm afternoon, and Bea and I were simply dragging along, hoping for some shade. After lemonades at The Esquina Homero Manzi, which is an elegant tango supper club on the corner where the two boulevards meet, we crossed the street and found the address Olga had given us. A simple street door opened to a stairway leading to the second floor. We had not yet met Olga face-to-face, and we ascended the stairs, following the sounds of a recorded tango from up above.

The second floor contained three or four poorly painted rooms, including a large kitchen, windows wide-open for the air. It appeared to have once been a café of some kind, and now was quite run down. But the music was insistent, one of those tangos that commands your attention with its slow sensuous flow and possibilities for embrace.

Ariadna and Federico in performance, 2006.

We encountered such an embrace right away because Ariadna and Federico were dancing in the largest of the rooms. Bea and I stood watching in the doorway and, if it is possible to be transfixed, we were. They were just kids themselves, dressed in Levis, an over-sized T shirt for him, a flower-printed blouse for her and the de rigueur elegant dance shoes. But they both had all the authority that the finest tangueros have in the command of their dance. Federico, whose large dark eyes, like those of his mother, moved with slow, unquestioned intensity. His footwork, complicated and simple in the same moment, moved precisely with what the music wished to say. Ariadna is renowned for the spectacular grace with which she dances and her insistence on her own importance to the embrace and the movement of the couple together. That was evident even on that day, when she was in her teens. (You can see here a video of the two dancing together in 2006, the same year we met them. Apologies for the poor video quality. The dancing is another story altogether.)

We also met Olga in person that day. She arrived later, and clearly wished to know who these two Americans were and how had they heard of her two kids. We admired her careful shepherding of her children, and thanked her many times for allowing us to see them.

Ariadna and Federico Naveira have gone on separately to international fame. If you have the opportunity to study with either of them, please do. You won’t regret it.

(Terence Clarke’s new novel, When Clara Was Twelve, was published on April 15.)

By Terence Clarke in Uncategorized on May 3, 2020.
← What To Write About The Irish War →